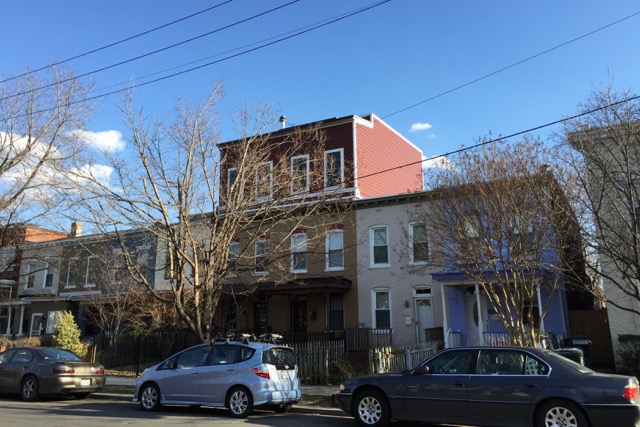 (Updated at 4:20 p.m.) Neighborhood leaders in Ward 6 are supporting a D.C. panel’s plan to reduce the height limit for new pop-up homes, saying the proposal helps balance developers’ interests with residents’ concerns about the houses.

The maximum height of single-family rowhouses would decrease from 40 to 35 feet under a plan that received preliminary approval from the D.C. Zoning Commission this week, The Washington Post reported. The limit is for areas with R-4 residential zoning, which covers large sections of Capitol Hill and Hill East.

As pop-ups have appeared around the area, locals have complained that developers have changed the character of residential streets, blocked sunlight and caused other problems in pursuit of additional housing.

“It levels the playing field between construction companies and neighbors,” ANC 6B Commissioner Denise Krepp said of the commission’s plan.

Developers would need to secure a special exception if they want to exceed the 35-foot cap under the panel’s plan.

ANC 6B Commissioner Brian Flahaven said he would appreciate the requirement.

“For those concerned about how some pop-ups negatively impact the look and character of rowhouse blocks, there will now be a public process in place to ensure that owners [or] developers are working with neighbors and considering how their addition will affect the larger block,” he said.

Andrew Hysell, a resident member of ANC 6A’s Economic Development and Zoning Committee, said the commission is “moving in the right direction” to help minimize the profile of pop-ups.

The buildings “can be a little intense,” he said.

The commission is expected to have a final vote on its pop-up plan later this spring, after the National Capital Planning Commission reviews the proposal.