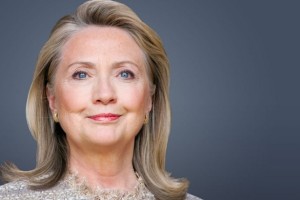 (Updated at 5:20 p.m.) A local organization will be honored soon by the presumed Democratic front-runner for president.

Hillary Clinton is scheduled to present an award at the 40th anniversary party of the Barracks Row nonprofit Sasha Bruce Youthwork.

Clinton is set to present an award to Ann Dibble Jordan, an executive, social work professor and former Clinton fundraiser who sits on the nonprofit’s board of directors, the group announced.

“This is our 40th year and we’ve made quite an impact in the D.C. area,” development director James Beck said. “Secretary Clinton has always supported runaway and homeless youth-serving nonprofits.”

With offices at 741 8th St. SE, Sasha Bruce works to help homeless teenagers. The group runs the Sasha Bruce House short-term shelter for youth age 11 to 17, at 1022 Maryland Ave. NE. The facility is the only of its kind in the District. In the past year, the organization has served more than 1,500 young people and their family members, Beck said.

The benefit concert will be held Wednesday, April 22 at The Howard Theater, at 620 T St. NW. The entertainment will include the group Committed, who won the reality show “The Sing-Off.”