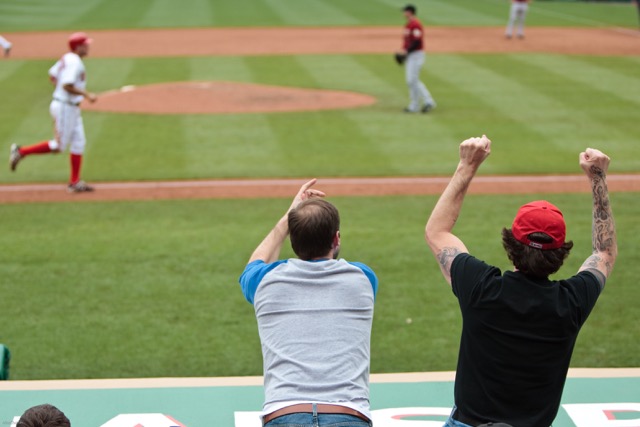 Bluejacket and 106.7 The Fan will host outdoor parties within blocks of each other before the Nationals take on the Mets at 4:05 p.m.

The Fan’s Baseball Block Party at Canal Park will feature performances by For the Win and Jeff from Accounting, along with food trucks and drinks. The sports radio station also will have its Nationals pre-game show at the park. The festivities start at 1 p.m.

Bluejacket will take over Lot O at 4th and Tingey streets SE for its Opening Day Fest. The party, which starts at 11 a.m., will include GBD fried chicken sandwiches, Red Apron Butcher hot dogs and at least eight of Bluejacket’s beers. The brewery also will have batting cages and corn hole on hand.

Admission to the fest is free. But Bluejacket encourages Nationals fans to buy food and drink tickets online to guarantee entry to the party.

Fans also can take advantage of food and drinks specials before the game at TaKorean, The Big Stick and Willie’s Brew & Que, among other restaurants, according to the Capitol Riverfront Business Improvement District.