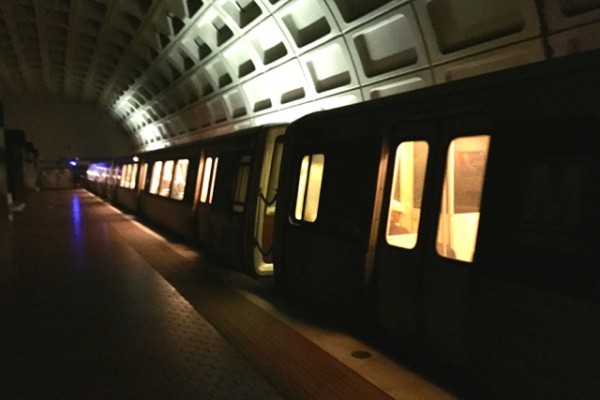 (Updated at 3:05 p.m.) Locations throughout D.C., including in Navy Yard and in Southwest, mostly have regained power after an outage today affected more than 2,000 customers.

As of 3:05 p.m., Pepco’s website showed fewer than 100 outages near Nationals Park, along the National Mall, in the Washington Navy Yard complex and on 7th Street SW just south of I-395.

Several Metro stations were lit by backup units. But all of the stations had full power by 2:45 p.m., according to WMATA. Stations where the primary power source was down included Navy Yard, Eastern Market, Potomac Avenue, NoMa and Stadium-Armory.

Pepco on Twitter attributed the outages to “an issue with a transmission line.”

Shortly before 1 p.m. we experienced a dip in voltage in the Washington D.C. area. This was caused by an issue with a transmission line.

There was never a loss of permanent electric supply but dip in voltage caused equipment at some facilities to transfer to backup systems.