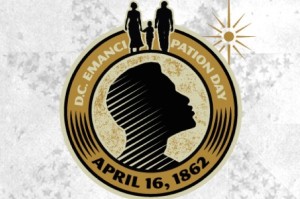 The Hill Center will celebrate Emancipation Day in D.C. for the first time next week with music and speakers honoring African Americans.

More than a dozen poets and scholars will discuss black history and culture at the center from April 16 to 19 as part of its Benjamin Drummond Emancipation Day Celebration, which commemorates the end of slavery in the District. Drummond, a black Navy veteran, in 1866 was the first patient of the Civil War Naval Hospital, now the home of the Hill Center.

Discussions at the center’s 921 Pennsylvania Ave. SE building include talks on the “Emancipation and the Struggle Over Equality in the District of Columbia” on April 17, “Poems of the Anglo-African and Anti-Slavery Standard” on April 18 and “African American Foodways During the Civil War” on April 19.

The center also is hosting a concert from the Washington Performing Arts’ Men and Women of the Gospel Choir at Christ Church (620 G Street SE). The choir on April 19 will perform African American music from the Civil War.

All of the events are free.

more stories
Previous
Hill Pet of the Week: Raisin
Next
Shooting Victim Drives Himself to D.C. General After Being Hit