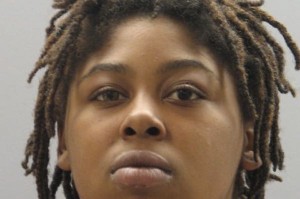 Melissa Langley of Southeast D.C. faces charges of assault with a deadly weapon. Police say she stabbed the WMATA station manager about 11:45 a.m. Sunday, March 15 after he refused to let her enter the station without paying.

The woman spit on the station manager and began fighting with him, police said. During the fight, she stabbed the worker with a kitchen knife, which broke inside his body, The Washington Post reported. The woman dropped the handle of the knife in the station and fled.

The WMATA worker, who had been on the job 18 years, was hospitalized.