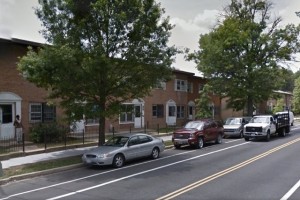 (Updated at 4:50 p.m.) A man was shot on a residential street in Southwest late last night, police said.

The shooting occurred about 11:30 p.m on the 200 block of I Street SW, northeast of the Waterfront Metro station.

Police found an 18-year-old man with gunshot wounds to his stomach and back in the area after they heard the shooting, WUSA 9 reported.

The man was taken to a hospital and is expected to recover.

Police have not released information on a suspect.

Violent crime is down this year in Police Service Area 105, where the shooting happened. District crime statistics show 9 violent crimes in the area from January 1 to April 8, compared with 23 crimes in the same period the previous year.