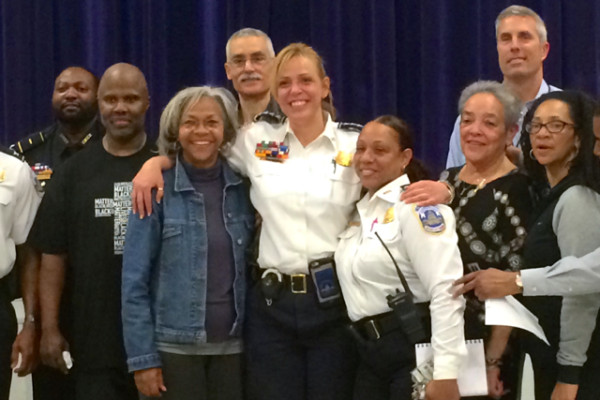 “What we’ve got in this budget overall is excellent for us,” Lanier said at a First District Citizens Advisory Council meeting held at the station house.

“[Bowser] put $2.9 million back in the budget to help me push cops back out,” Lanier said regarding a proposal to create 48 new positions for civilians, which will move officers back onto streets.

“An officer that has a college degree is a better police officer,” she said.

The police chief said she expects the proposed $5.1 million initiative to equip officers with body cameras will cut complaints about police misconduct.

“Everyone acts better when there’s a camera,” Lanier said.

Bowser’s budget proposal for financial year 2016, released Thursday, would raise the Metropolitan Police Department’s operating budget from about $513.6 million approved in financial year 2015 to $538.3 million. The entire budget must be approved by D.C. Council.