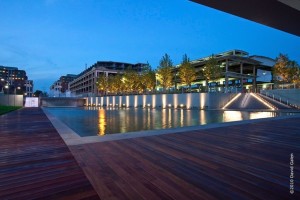 Celebrate the “Bard in the Yards.”

The 1993 version of “Much Ado About Nothing,” starring Emma Thompson and Denzel Washington,” will be shown Friday, April 24. The next day, “Romeo + Juliet” with Leonardo DiCaprio and Claire Danes will air. And the 1965 version of “The Taming of the Shrew,” with Richard Burton and Elizabeth Taylor will shown Sunday.

Each of the free screenings will be held in Yards Park, at 355 Water St. SE, at sundown, near 7:30 or 8 p.m. The screenings celebrate Shakespeare’s 451st birthday.