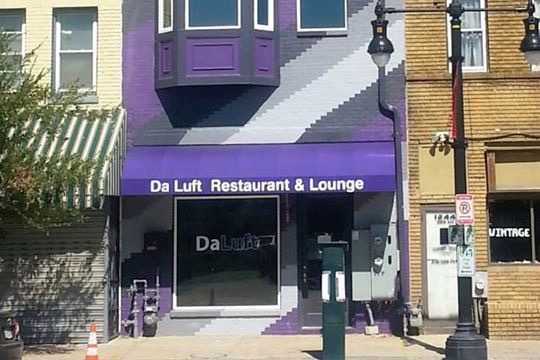 Da Luft Restaurant & Lounge on the H Street corridor won’t open until at least Wednesday after a fight broke out there over the weekend, injuring a bystander and an officer, according to police.

DC Police Chief Cathy Lanier closed Da Luft for four days and requested an immediate revocation of the bar’s license after officers saw a brawl outside the 1242 H Street NE bar early Saturday morning. A bystander was cut in the leg during the melee, and a police officer was assaulted while trying to stop the fight.

Da Luft posed an “imminent danger to the health and safety of the public,” Lanier wrote in a letter to Da Luft’s owners, Josephine and Temitope Ijiti.

“The Metropolitan Police Department is very concerned about the safety and welfare of the citizens living in and visiting this city,” Lanier wrote. “I would be remiss in my duties if I did not address the concerns and the safety of the citizens of the District of Columbia following this altercation which initiated inside of your club and ultimately resulted in one of your club’s patrons sustaining lacerations.”

The brawl broke out inside the bar before 1 a.m. Saturday. A female bystander was knocked to the floor, cut in the leg with an “unknown blade-like object” and then robbed, police said. The fight then spilled onto the sidewalk, where it was spotted by police.

Da Luft tweeted last night, in response to the group H Street Great Street, that the woman received “a laceration on her leg bumping into a chair, no crime existed.”

Police said they did not receive a call from Da Luft’s security employees, whom police said were sent home before authorities could interview them. The scene was cleaned by the bar’s staff before police could examine it, according to the letter by Lanier.

Police said they couldn’t access the surveillance system Saturday morning, either. A manager said co-owner Temitope Ijiti, who had left for the night, was the only person who could get the surveillance video.

A detective called Ijiti, but the person who picked up the phone would not acknowledge the officer.

The Alcoholic Beverage Regulation Administration continues to investigate the fight and may take further action against Da Luft, a spokeswoman said.