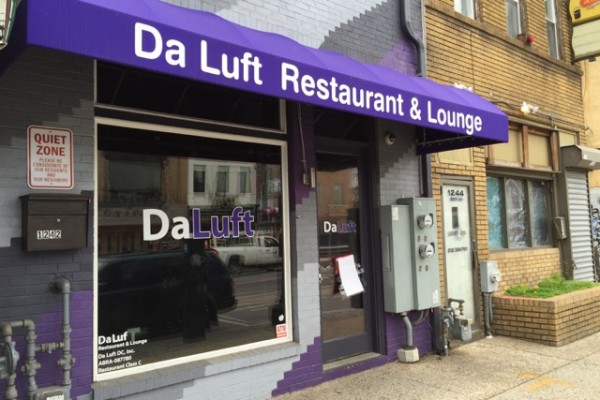 Da Luft Restaurant & Lounge on the H Street corridor has had its liquor license suspended after police say a bystander was injured and a police officer was assaulted in a fight that spilled out of the bar.

The D.C. Alcoholic Beverage Control Board ruled today that Da Luft can’t serve alcohol due to an “imminent danger” the panel said the bar poses to the public’s health and safety. Da Luft has three days to request a hearing on the board’s decision.

A bystander was cut in the leg during the melee, and a police officer had a hand put to his throat while trying to stop the fight.

The brawl started in Da Luft after 12 a.m. Saturday when customers and employees argued over whether the bar’s rooftop could be used for a birthday party, according to a letter from the ABC panel to owner Josephine Ijiti. About 30 people were celebrating on the bar’s second floor.

A female bystander was knocked to the floor, cut in the leg with an “unknown blade-like object” and then robbed, the board said. The fight then spilled onto the sidewalk, where it was spotted by police.

Da Luft tweeted this week, in response to the group H Street Great Street, that the woman received “a laceration on her leg bumping into a chair, no crime existed.” After the woman was injured, Da Luft security employees moved customers outside, according to the ABC panel.

It took about 20 police officers about 20 minutes to break up the fight, according to the panel. About 40 Da Luft customers apparently were involved in the brawl.

Police said they did not receive a call from Da Luft’s security employees, whom police said were sent home before authorities could interview them. The scene was cleaned by the bar’s staff before police could examine it.

“The Metropolitan Police Department is very concerned about the safety and welfare of the citizens living in and visiting this city,” Lanier wrote in a letter to Ijiti on Saturday. “I would be remiss in my duties if I did not address the concerns and the safety of the citizens of the District of Columbia following this altercation which initiated inside of your club and ultimately resulted in one of your club’s patrons sustaining lacerations.”

more stories
Previous
Capitol Hill Real Estate: How Much Could Henry Have Saved?
Next
Morning Rundown