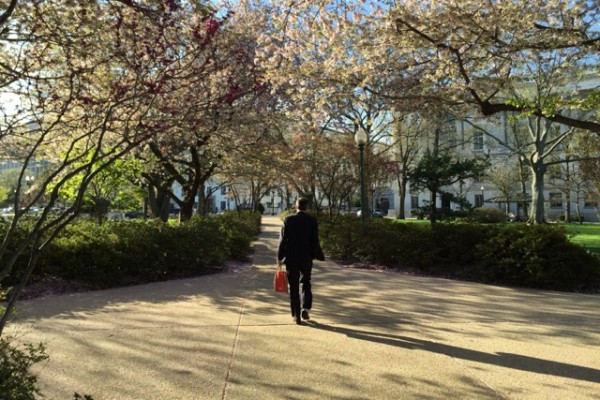 Gyrocopter Pilot Allowed to Return Home — The 61-year-old mailman who landed a small aircraft on the west lawn of the Capitol building this week was charged with a felony yesterday and allowed to return to Florida, on an order of house arrest. Homeland Security Secretary Jeh Johnson said the gyrocopter “apparently literally flew in under the radar.” [NBC Washington]

More on Argonaut Owner’s Book About Addiction — The co-owner of The Argonaut, Scott Magnuson, told The Washington Post how he runs a bar while being in recovery for alcohol and drug abuse. Magnuson talked with Hill Now in February about the book he coauthored with his wife, Shaaren Pine. [Washington Post]

Metro to Make Radio System Fixes Next Year — Metro said it will start upgrading the radio and cellphone systems inside tunnels in January 2016. The fixes follow communication trouble that slowed the emergency response to the deadly smoke incident near L’Enfant Plaza in January. [WTOP]