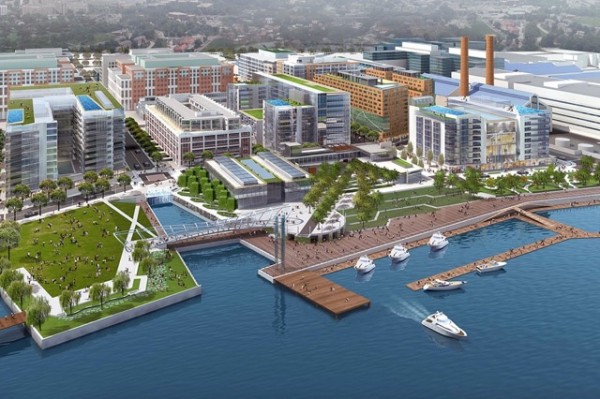 Navy Yard is slated to get a public marina this year amid a flurry of construction at The Yards.

The marina should be completed by the end of this year, after construction starts this summer, Yards developer Forest City announced today. The marina will have 50 slips and may accommodate a water taxi, according to the developer and a General Services Administration report.

By early 2016, The Yards also is expected to have “substantially” completed an 11-story, 327-unit apartment building known as the Arris at Tingey and 4th streets SE, according to Forest City. The building will have 19,000 square feet for street-level retail and a rooftop pool with views of the Anacostia River.

Across from the Arris, construction of a 10-story, 130-unit condo building from P.N. Hoffman will begin later this year. Forest City also is planning to build a two-building, 190-unit apartment complex with 16,700 square of retail space next to the condo building.