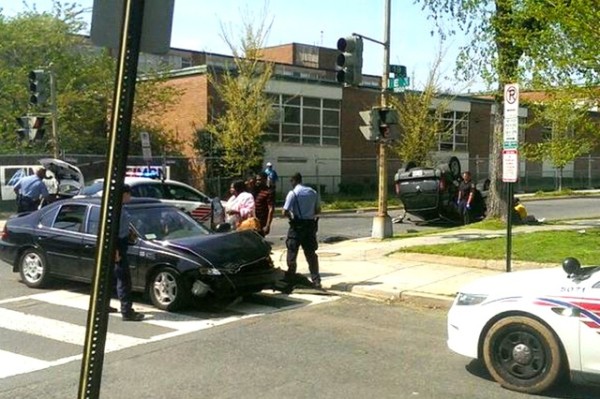 (Updated at 4:05 p.m.) Two people were injured in a car crash in Rosedale that’s left an SUV flipped onto its roof.

The collision occurred before 3 p.m. at 19th and E streets NE, near the Rosedale Recreation Center, police said.

D.C Fire and E.M.S. arrived on the scene about 2:55 p.m. and transported two passengers to a hospital with serious but non-life-threatening injuries, a spokesman said.

At least one of the people injured was in the overturned vehicle, officer Paul Metcalf said.

The intersection where the crash happened was closed to traffic from about 3 to 4 p.m.

more stories
Previous
Burglar Caught on Video at Middle School in Southwest
Next
Hill Pet of the Week: Sheba