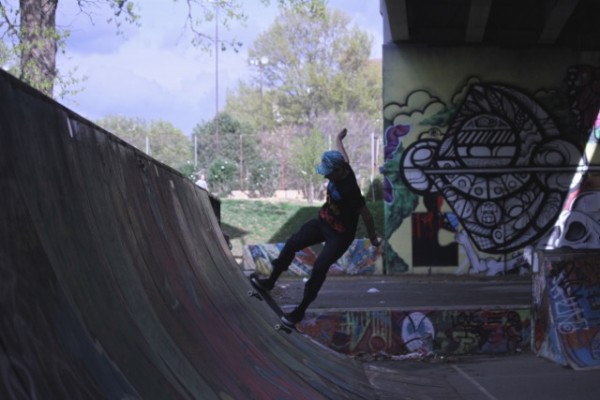 CSX tunnel construction is about to become a real bummer for skateboarders.

The latest phase of work to reconstruct the Virginia Avenue SE train tunnel will limit skaters’ access to the ad hoc skate park under the Southeast Freeway near 2nd Street SE.

When workers are on the job, access to the area will be limited, the company said. A CSX representative wasn’t immediately available to elaborate.

Part of the street art-covered skate park, which is not an official D.C. or federal park, ultimately will be demolished as part of the reconstruction work, according to CSX. But the company said it intends to replace the recreation space.

A timeline for the demolition and restoration of the park wasn’t immediately clear.

On Monday afternoon, a few skateboarders were tearing around the park, which has rails and half-pipes. They said they were disappointed to hear about the changes coming to the park.

Capitol Hill resident Anthony Piscioneri, 37, said he likes the friendly community of skateboarders he has found at the park since he started skating there four months ago.

“It sucks,” Piscioneri said of the changes on the way. “There’s not too many places you’re allowed to skate in D.C.”

Shepherd Norman, 18, who regularly drives in from Woodbridge, Va., to skate at the park, said the space is “so special” to him. But he said he understands that CSX needs room for its construction work.