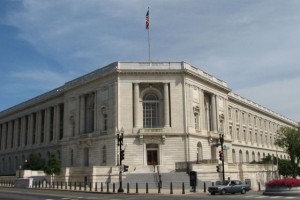 (Updated at 4:45 p.m.) A portion of a House office building was closed this afternoon because a suspicious powder was reported — and it turned out it was salt.

The force’s Hazardous Incident Response Team examined the substance, which was discovered in room 239 about 2:15 p.m., Lt. Kimberly Schneider said. Access to that room was restricted, but the entire building was not under lockdown.

The evaluation was completed by about 4 p.m., when the white material was determined to be salt.

The affected room is the office of Rep. Mike Doyle (D-Pa.), according to his website. A spokesman for the congressman wasn’t immediately available to comment.