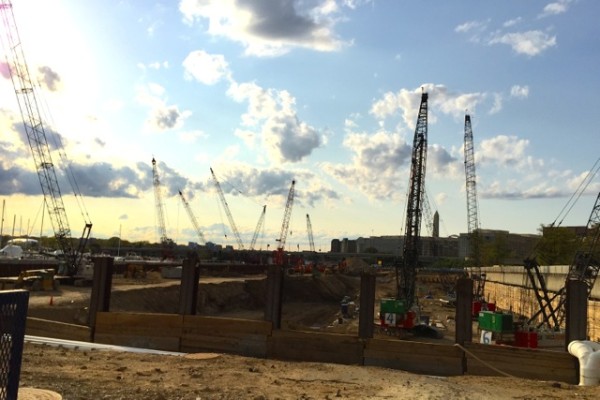 Second Tour Bus Fire in NoMa — A shuttle bus caught fire in NoMa yesterday for the second night in a row. A witness to the fire Tuesday night told PoPville that he or she saw “apparently homeless people” exit similar shuttle buses parked nearby. We’re checking it out. [PoPville]

Capitol Police Crackdown on Holiday Parties — Officials at the Capitol announced yesterday that only select members of Congress will be able to celebrate Memorial Day and the Fourth of July on the Capitol building’s terraces. The changes were made to prevent possible embarrassment for Congress and for security reasons, authorities said. [NBC Washington]

Traffic Changes for CSX Construction — The CSX reconstruction of the Virginia Avenue train tunnel will shift traffic on 4th Street SE. The ad hoc skate park under Southeast Freeway is also affected by the work, as Hill Now reported. [The Hill Is Home]