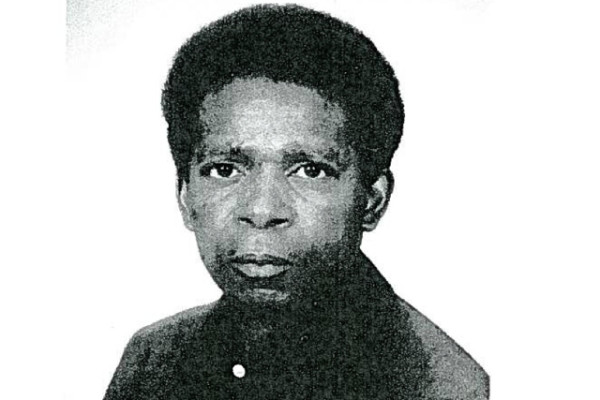 (Updated at 1:45 p.m. Monday) A popular shoeshine man is being remembered today after police said a body found earlier this month off the Southwest waterfront was his.

Fuzz Woody Short Fuzzy, 70, was the man whose body was found in the water April 11, near the 1300 block of Maine Avenue SW, police said late last night. The Metropolitan Police Department asked for help April 13 with identifying the body, which had a laminated business card around the neck that said “Fuzz W.S. Fuzzy Shoe Shine Doctor.”

A D.C. lawyer and a marketing director answered the call and contacted police when they heard about that business card. “Mr. Fuzzy” shined shoes in their downtown office building for more than 10 years and was known for brightening everyone’s day.

“We are all devastated,” lawyer Arman Dabiri said this afternoon. “He was such a nice, warm, affectionate person.”

Despite saying he stayed in a homeless shelter and had no family in his home city, Fuzzy was constantly upbeat, George said. Whenever anyone asked how we was, his reply was “Great like those Frosted Flakes,” she said.

Fuzzy was often seen in an all-blue uniform and, until about a year ago, wore his hair in a “giant Afro,” Dabiri said. “He has a very distinctive 1970s style.” His haircut changed when he told customers that doctors had found a tumor in his abdomen.

“He was going to be treated for it,” Dabiri said.

Fuzzy told customers that “Fuzz” was his first name at birth, which his mother picked because he was born with so much hair. MPD said Fuzz Woody Short Fuzzy was his legal name. But Dabiri said he believed his legal name was simply Fuzz Short. Information about any name change was not immediately available.

“He was an incredible character,” Richard Stoll wrote by email. He’s a lawyer who used to work in the office building at 3000 K St. NW.

“When you asked Fuzzy how much he wanted for a shine, he would always just tell you to pay anything you want. It was all going to be a contribution for his shoe shine university,” Stoll said. Fuzzy self-published several books, including a memoir of his childhood.

“We miss him terribly,” Marc Lippman, a vice president of the law firm Folger Nolan Fleming Douglas wrote by email. Fuzzy shined shoes at the 725 15th St. NW firm for about 30 years, he said.

“We all liked and admired him, and benefitted from his visits,” said Robert Lawrence, another attorney who emailed Hill Now after he heard about Fuzzy’s death.

“All of a sudden his visits stopped, and no one knew why,” he said.

The MPD’s homicide division is investigating Fuzzy’s death. No cause of death has been determined yet, according to the D.C. Office of the Chief Medical Examiner.

“Not only did he make us look good, he made us feel good,” he said.

This story will be updated. Did you know Mr. Fuzzy? Contact us at [email protected] or in the comments.