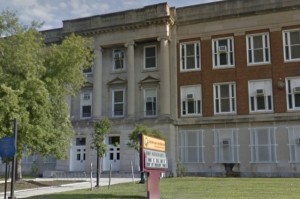 Eliot-Hine Middle School could receive more money per student than any other D.C. public school in the coming year, an analysis released this week shows.

The Capitol Hill-area school would get $16,467 for each of its students under the fiscal 2016 budget proposal released earlier this month by D.C. Mayor Muriel Bowser, according to a study from public school advocates the Coalition for DC Public Schools & Communities and Code for DC. The sum is a 9.3 percent increase from this year.

Locals have lamented that the mayor hasn’t supported funding for major renovations at the school.

Eliot-Hine students and their parents yesterday called on the D.C. Council to fund significant upgrades to the school in fiscal 2016, instead of fiscal 2019, as Bowser has proposed. The school has dated facilities and an outdated HVAC system that often leaves students boiling or freezing, locals have said.

In addition to Eliot-Hine, two other Ward 6 schools would be among the top 10 schools citywide for per student funding.

Van Ness Elementary School, which reopens this fall in Navy Yard, would receive $16,356 for each student. Jefferson Academy Middle School in Southwest would get $15,543 per student.

Not every Capitol Hill-area school would receive five-figure per-student funding, however.

Out of all the D.C. public schools, Woodrow Wilson High School in Northwest would have the lowest per-student funding, at $8,312 each.