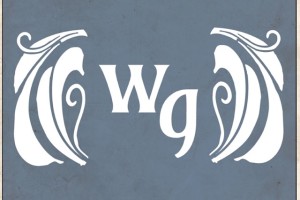 (Updated at 9:40 a.m. Friday) A kid-friendly beer garden in NoMa will open next month just west of the neighborhood’s Metro station, a community group announced today.

Wunder Garten is looking to start pouring German beer and other brews in a lot at 150 M St. NE in mid-May, co-owner Christopher Lynch said. But he didn’t have a specific date for the opening.

The 8,000-square-foot property will have “grand” portable restrooms with marble, and benches and tables for as many as 300 people, Lynch has said. The lot also will include space for children to play and for REI to hold classes on bike repair, camping and other outdoor activities. REI is opening a store in nearby Uline Arena.

Wunder Garten will have 12 beers on tap, as well as cans of beer. The beer garden will feature German beer, with some brews from other European countries and local breweries.

One or two local food trucks will be at Wunder Garten, too.

“We are excited to provide an inviting space for the neighborhood and the city to gather, enjoy themselves outdoors, and have a beer,” Lynch said in a statement. “With all the rapid growth in NoMa, bars and recreational spaces were two things we have consistently heard that residents want.”