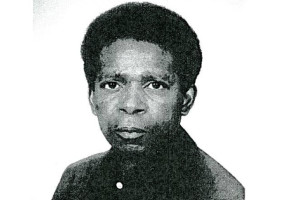 Woody “Mr. Fuzzy” Short, the beloved shoeshine man found dead last month off the Southwest waterfront, will be remembered at a memorial service being planned for this month.

Downtown law firms and a Maryland funeral parlor are teaming up to fund a service for Short, his brother Robert Short Sr. said.

“It’s very nice. Whatever they do for me, it’s going to help,” said Short.

Glenda Freeman, the owner of Freeman Funeral Services in Clinton, Maryland, offered to provide the service at a discount. She said she was contacted by a law firm that was a longtime customer of Mr. Fuzzy, offering to cover the costs.

“We’re here to make money, but were also here to do community service,” Freeman said. “Sometimes it’s time to step up.”

The law firm could not immediately be reached.

Woody Short’s body was found near the Tidal Basin, close to the 1300 block of Maine Avenue SW on April 11, police said. The death is being investigated as a homicide.

Police initially asked for help identifying the body, which was found with a laminated business card that read “Fuzz W.S. Fuzzy Shoe Shine Doctor.” A lawyer and a marketing director who work on I Street NW recognized the name — Mr. Fuzzy had shined shoes in their office for decades. They contacted police and Short was identified.

Police called Robert Short and told him they found a message in his brother’s home.

“The investigating officers said they found a note: ‘If anything happens to me, call Robert Short Sr.,” he said.

Woody Short’s cause of death has not been determined, a spokeswoman for the D.C. Office of the Chief Medical Examiner said today.

Last week, customers of Mr. Fuzzy remembered him as relentlessly upbeat. He wore his hair in an Afro for years and whenever anyone asked how we was, his reply was “Great like those Frosted Flakes,” they said.

Short said he was moved to hear people spoke fondly of his brother. The brothers, from a big family of “about 10″ siblings,” lost touch and had spoken to each other only a handful of times since the early 1970s, he said.

“He was all about writing books and writing movie scripts,” he said. “He didn’t drink, didn’t smoke. He wasn’t the person chasing around this person and that person, this woman and that woman.”

Woody Short never married or had children, according to his brother, and he wasn’t homeless, as customers believed. Rather, he lived in a sparse unit in the Capital Plaza Apartments (35 E St. NW) for more than 20 years.

Like Woody Short told customers, his brother said he was called Fuzzy since birth, after being born with a headful of hair. Police said his legal name was Fuzz Woody Short Fuzzy. Robert Short said his birthname was simply Woody Short.

The exact date and location of the memorial service haven’t been determined yet, but it will likely be held downtown, Freeman said.