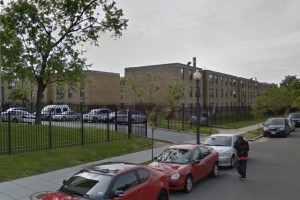 (Updated at 9:20 a.m.) A man was shot in Hill East last night, in the third time in the past seven days that bullets flew within blocks of the Potomac Avenue Metro station.

Shots were fired just before midnight Thursday on the 700 block of 12th Street SE, police said. First District officers found a man with a gunshot wound to the stomach. He was unable to provide any details about the suspects, police said. The victim was taken to a hospital and was in stable condition.

Police found two handguns in the immediate area. The investigation is ongoing.

A block away, on the 700 block of 13th Street SE, at least one man fired a gun on Saturday morning as he and another man tried to rob someone in a stairwell, police said.

And last Friday, at least two gunmen shot at police near Potomac Gardens, police said. The suspects fired at EMS workers near Union Market and were chased by police to 13th and I streets SE.