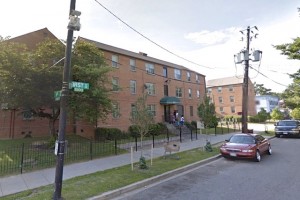 (Updated at 10:05 a.m.) A juvenile received a graze wound to the head in Southwest last night in a shooting at a public housing complex.

The shooting occurred about 10:30 p.m. on the 1500 block of 1st Street SW, at Syphax Gardens, police said. The victim was able to flee the shooter and escape further harm. Police don’t know yet whether the victim was the shooter’s intended target.

Assaults with guns are up this year in Police Service Area 105, which includes Syphax Gardens. District crime statistics show five assaults with guns in the area from Jan. 1 to May 4, compared to  four during the same period the previous year.