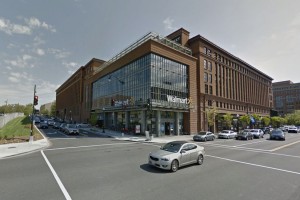 (Updated at 9:35 a.m.) A man stabbed another man near the Wal-Mart on H Street NW last night after the attacker asked the victim if he had crack cocaine.

The incident began when the assailant walked up to the victim, who was standing outside, police said.

The attacker asked the man for crack cocaine, and then stabbed him with an unknown object. Then, the assailant fled.

The victim was hospitalized and is in stable condition.

Authorities described the suspect as being white and in his mid- to late 30s, with blond hair. He stands 5-foot-6 to 5-foot-8, police said. He was wearing khaki shorts and a red T-shirt with a Coca-Cola logo at the time of the crime.