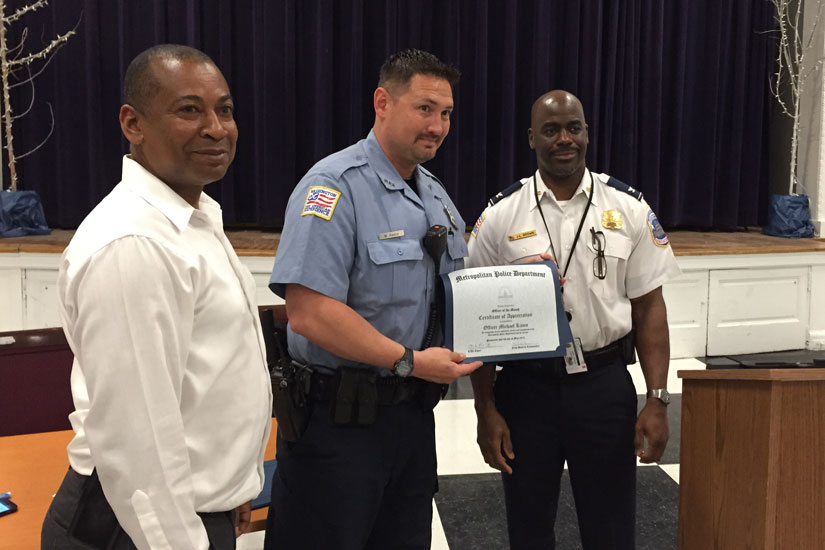 A half-dozen members of the Metropolitan Police Department and the Bureau of Alcohol Tobacco, Firearms and Explosives were honored last night for their roles in a major drug raid in the Greenleaf Gardens public housing complex last month.

First District Commander Jeff Brown presented the certificates and said they were a “small token of our appreciation.”

“These officers did an outstanding job,” he said.

Surveillance cameras recorded members of the alleged crime ring entering the CVS on the 1100 block of 4th St. SW and stealing bottles of the antihistamine promethazine, which contains codeine.

Officers said they recognized two of the suspects on the video as members of the Greenleaf Crew, a group that operates out of Greenleaf Gardens.