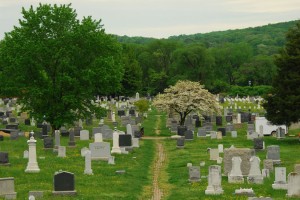 Moviegoers can watch a thriller in the dark at Congressional Cemetery this month.

The “Cinematery” outdoor film series at the Hill East cemetery is scheduled to launch on May 15 with Alfred Hitchcock’s “The Birds,” which chronicles mysterious avian attacks against people.

“It is kind of creepy,” said Paul Williams, president of the Association for the Preservation of Historic Congressional Cemetery.

The organization is suggesting a $10 cash donation to see the film. Food, blankets and chairs are welcome.

If it rains, the cemetery will have the movie May 28.

The cemetery also will screen films July 18 and Sept. 26. But Williams and his association haven’t determined which movies yet.