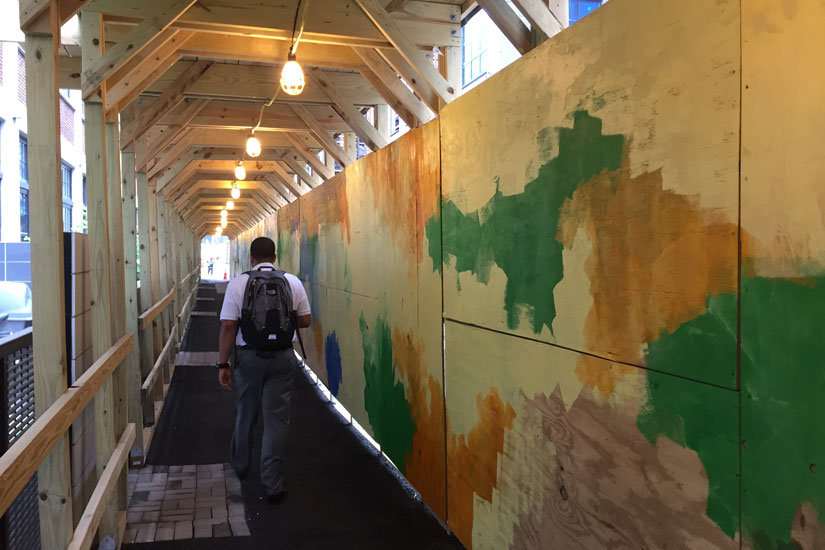 A construction site in Navy Yard is getting a little color, with the help of D.C. students and an artists collective.

Dozens of students, under the guidance of Albus Cavus Open Walls DC artists, are creating a mural inside a temporary covered walkway in The Yards, according to a spokesman for the development. The pathway runs between Foundry Lofts on Tingey Street SE and the Arris mixed-use building under construction on Water Street SE.

The students started painting the walkway’s walls with spots of blue, green and orange on a yellow background Sunday. Work on the mural is expected to conclude this upcoming Sunday. The mural will be almost 300 feet long when finished.

The final design of the mural is unclear, however. A representative of Albus Cavus Open Walls DC didn’t respond to a request for comment.

Albus Cavus Open Walls DC has five other murals, including public art behind 128 M St. NW and by the ad hoc skate park under the Southeast Freeway near 2nd Street SE.