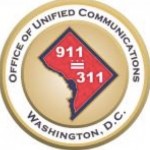 (Updated at 1:30 p.m.) Community leaders on Capitol Hill are turning up the heat on the District’s troubled 911 center, after locals said they couldn’t reach operators to report a shooting.

Jessica Lefevre and her husband, Tom Dunkel, who live on 18th Street SE, said they each called 911 last week to report gunshots they heard on their street. But they hung up after they couldn’t get a prompt response.

Lefevre, a 60-year-old lawyer, said at an ANC 6B meeting last night that she called, “went into a holding pattern,” stayed on the line for one minute and then ended her call.

Dunkel, a 64-year-old journalist, said 911 operators didn’t answer his call at all. The phone was “just ringing [and] nobody picks up,” he said.

Two people were shot about 11:15 p.m. Thursday on the 200 block of 18th Street SE, a block from the Stadium-Armory Metro, police said. The victims, who received non-life threatening injuries, told authorities they heard gunshots and then discovered they were shot.

The ANC agreed to send a letter to the D.C. Unified Communications Center to express concern about the residents’ experience. The center handles all 911 calls.

“We need to put the city on notice that it is unacceptable for this to have happened,” said ANC 6B Commissioner Denise Krepp, who also lives near the site of the shooting.

Wanda Royster Gattison, a spokeswoman for the Unified Communications Center, didn’t have an immediate comment on the locals’ concerns.

The center has faced criticism for failing to meet national standards on dispatch times, The Washington Post reported. Earlier this month, Jennifer A.J. Greene, the center’s head, resigned under pressure from Mayor Muriel Bowser’s office, according to the newspaper.

The national standard for answering 911 calls is to answer 90 percent of calls within 10 seconds and 95 percent within 20 seconds, according to the National Emergency Number Association.

A woman in upper Northwest D.C. waited on hold with 911 for more than a minute as she struggled with a burglar in May 2013, the Post reported. A public safety report from the city found that the center was grappling with high call volume that day. In an editorial that spring, the Post called for the city to examiner workers’ 12-hour shifts and the center’s budget.

more stories
Previous
Masked Robbers Hold Up 7-Eleven Near Maryland Avenue
Next
Hill East Porch-Fronts, Are They Federal or Craftsman?