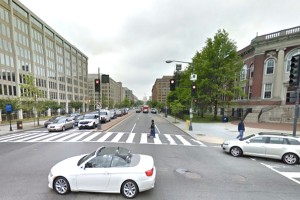 A man robbed two people at gunpoint in separate holdups within minutes of each other yesterday on the edge of NoMa, only a couple blocks from Union Station.

After the second robbery, police chased the man on foot and put him under arrest. Police recovered a handgun.

A transgender woman also was robbed on the border of NoMa over the weekend, police said.

The thief hit about 5:30 a.m. Saturday on the 1000 block of 3rd Street NE, authorities said. Officers later found the suspect and made an arrest.