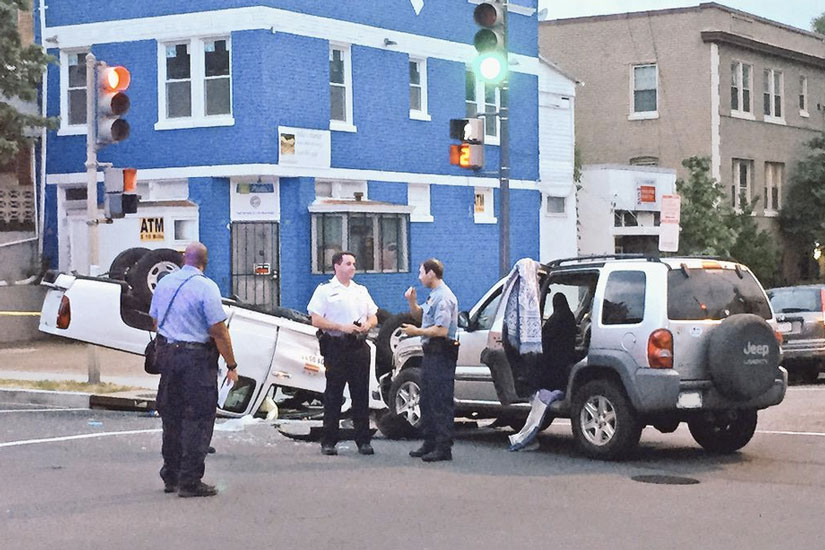 (Updated at 6 p.m.) A stolen Jeep sports utility vehicle slammed into a D.C. government pickup truck in Near Northeast yesterday, flipping the truck and injuring one person, police said.

The crash happened about 7:30 p.m. at 15th and D streets NE, police said. The Jeep’s driver fled after hitting the truck.

A person in the truck received non-life threatening injuries, police said. Councilman Charles Allen of Ward 6 tweeted last night that the driver was the injured individual.

Police haven’t made any arrests related to the crash. But authorities are looking for four boys in connection with the incident.

People chased the suspects, but they got away, Allen tweeted.

And thanks to the quick action of neighbors to help officers on scene & driver of the flipped DC gov truck. pic.twitter.com/BOElnhyVZl

The Jeep was reported stolen from the 1500 block of Independence Avenue SE on Friday, police said.