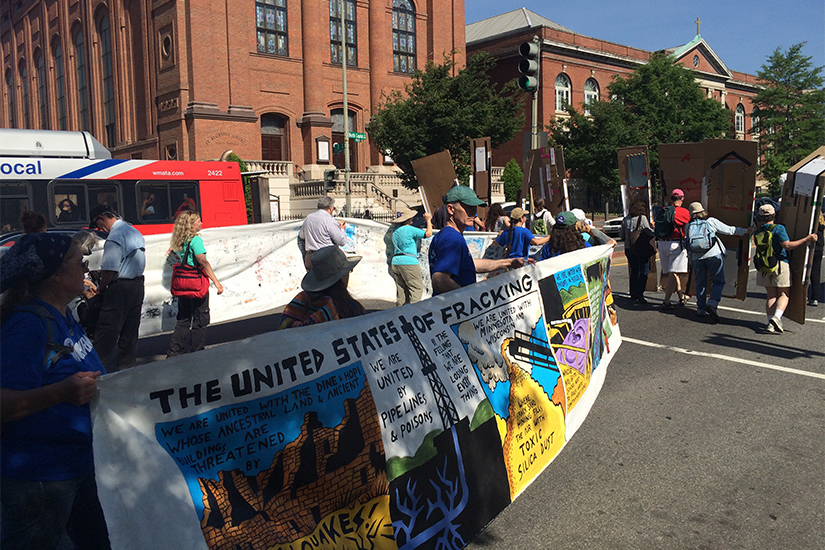 Demonstrators temporarily held up traffic near Union Station this morning over fracking.

About three dozen protesters were spotted blocking part of the intersection of North Capitol and I streets around 10 a.m. WMATA has warned riders of the D8, X1, X2 and X9 bus lines to expect 20 minutes delays near North Capitol and H streets.

The demonstrators held signs in opposition to hydraulic fracturing in the United States, chanting, “Shut FERC down.” The protesters planned to walk to the Federal Energy Regulatory Commission at 888 1st St. NE.

The protest was associated with Beyond Extreme Energy, an advocacy group that opposes fracking.

About 8:45 a.m., the demonstrators constructed what appeared to be a tepee on North Capitol Street, PoPville reported. The structure was no longer up by 10 a.m.

Police haven’t reported any arrests related to the demonstration.