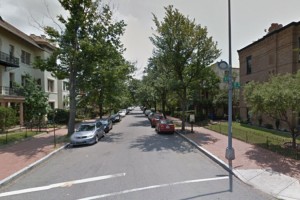 A group of about eight people armed with a traffic cone attacked a man a block from Barracks Row this weekend, police said.

The assault happened on the 500 to 600 blocks of 9th Street SE about 12:30 a.m. Sunday. The victim was hit several times in the head with the cone when he was sitting on the hood of his car.

A woman on Monday also attacked someone inside the Fairgrounds at 1299 Half St. SE, near Nationals Park, police said.

The attacker sneaked into the outdoor bar and event space about 9 p.m. The woman then hit a worker with a metal object when she was confronted about her presence in the area.

The victim received minor scratches from the assault, police said.

Reginia Wanzor, 48, was arrested for assault with a dangerous weapon in connection with the attack.