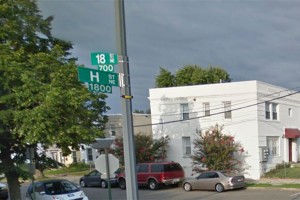 A suspect in a stabbing that occurred last Friday has been arrested, according to police.

Herbert Hines, 47, is accused of stabbing another man to death on the 1800 block of H Street NE behind the Hechinger Mall. Police announced his arrest this morning. Police would not provide any additional details of the arrest, though a spokesperson said that more information would be released later this afternoon.

Police said they found 24-year-old Stephon Clark of Bowie, Md., with multiple stab wounds early Friday afternoon. Police said Clark was transported to a local hospital where he succumbed to his injuries and was later pronounced dead.

Police announced their search for a potential suspect later Friday afternoon and officially identified Hines on Saturday morning. Hines was to be considered armed and dangerous, they said.

The Metropolitan Police Department currently offers a reward of up to $25,000 to anyone that provides information which leads to the arrest and conviction of the person or persons wanted for any homicide committed in the District of Columbia. Anyone with information about this case is asked to call the police at (202) 727-9099.  Additionally, anonymous information may be submitted to the department’s TEXT TIP LINE by text messaging 50411.