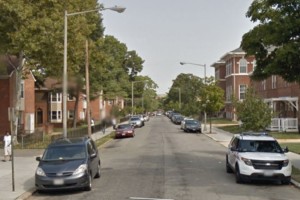 A would-be burglar in Southwest sprayed at least two people with a fire extinguisher yesterday when they wouldn’t give him money.

The individual struck on the 1300 block of Half Street SW about 2:45 a.m. Wednesday, police said.

The person entered a house on the block through the back door. The individual then demanded money from people in the house.

When they refused, the person used a fire extinguisher on them and fled, police said.