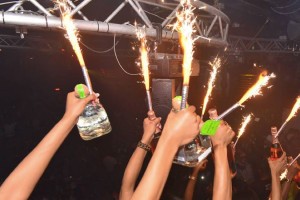 The Ibiza nightclub in NoMa has lost its liquor license after D.C. officials said it operated illegally.

In March, the board said Ibiza “blatantly, intentionally and willfully operated the establishment for months without a Public Hall License and other required licenses issued by the Department of Consumer and Regulatory Affairs.”

Alcoholic Beverage Regulation Administration investigators in December reported that the club was overcrowded and didn’t keep its exits clear of patrons, the board said.

The investigators noted that a “stairwell was packed with people loitering and drinking full-sized champagne bottles” early in the morning of Dec. 14, according to the board.

Neither a lawyer nor a representative for Ibiza could immediately be reached for comment.

On social media, the last event Ibiza promoted was “Spring Fest” on March 20.

more stories
Previous
VIDEO: Man With Wig Wanted for Threatening to Hurt CVS Worker in Southwest
Next
Thanks to Our Sponsors and Advertisers