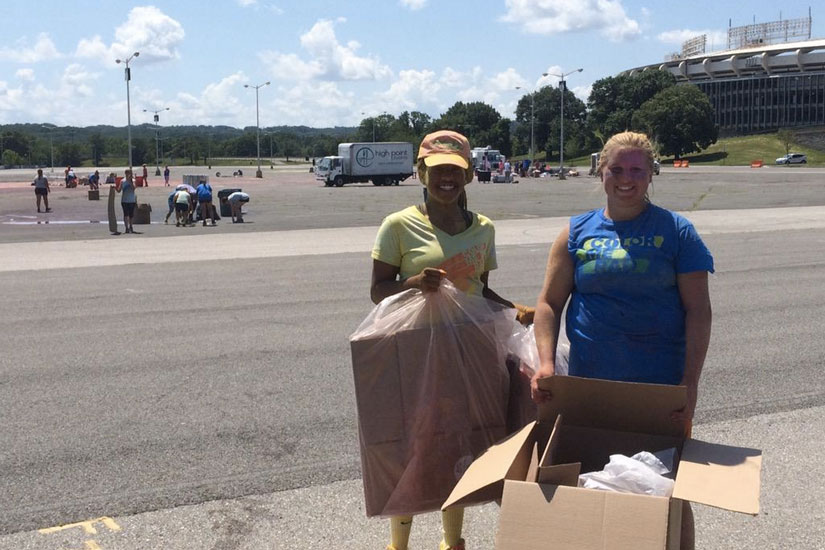 The efforts of the District’s events authority to clean up trash from a “color run” near RFK Stadium over the weekend has garnered praise from the community, after D.C. residents raised concerns about litter from previous races.

A local who shared her concerns about color run garbage last month with Hill Now and PoPville said she was “pleasantly surprised” by the condition of the parking lots and fields around the stadium Saturday evening, after the Color Me Rad 5K earlier that day. Color runs, including Saturday’s 5K, feature packets filled with colored powder that race participants throw at each other.

Following the Color in Motion 5K on May 2, Julia Hagelberg said hundreds of empty plastic bags littered the grounds around the stadium. The 30-year-old consultant said she spent two hours picking up the packets the next morning.

This time, however, Hagelberg said she saw a “drastic improvement” in the volume of loose trash.

“I want to believe they will stick to better clean up procedures, and hold their event coordinators responsible moving forward,” Hagelberg said in an email. “There are still a number of color runs later this summer, and I’d hate to see things go back to how messy it was after the first two color runs of the season.”

A crew with the Color Me Rad 5K helped pick up garbage during the run, said Peter Kirschner, a spokesman for Events DC, which brings the races to the area. D.C. government and Events DC workers then assisted with the cleanup after the race and other events near the stadium this weekend, he said.

“Color Me Rad did an outstanding job ensuring their staff and participants actively participated in keeping the grounds as clean as possible during and after the event,” Kirschner said in an email.