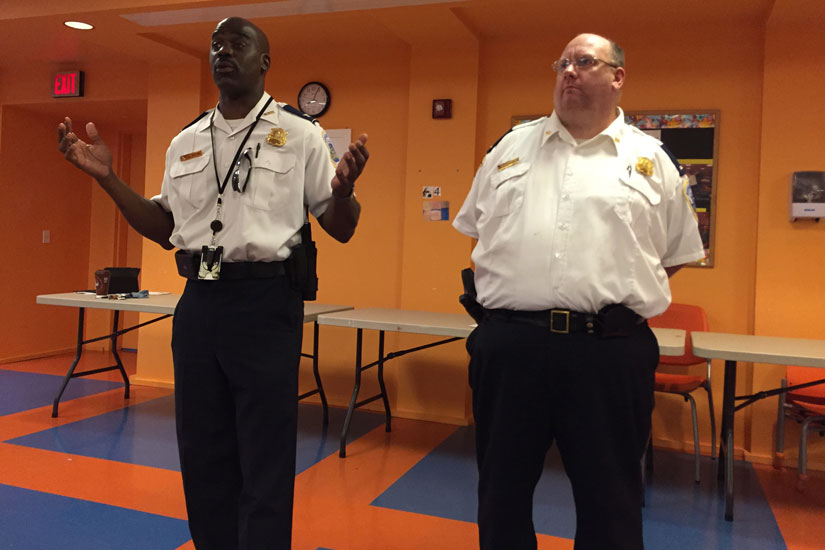 Assaults, robberies and other crime in Hill East during the past few months aren’t the work of gangs, just “ignorant” people, the neighborhood’s top law enforcement official said last night.

Speaking at a Hill East community meeting, Metropolitan Police Department First District Commander Jeff Brown said the crime has “no rhyme or reason” to it.

Suspects arrested for recent assaults and robberies have told police that they set out to commit crimes for “no reason,” other than to rob or punch someone, he said.

Brown said he is working to increase patrols in the area to help combat crime.

“I want to arrive at point where you all have a safe, sustainable and healthy community and neighborhood to live in,” he said.

ANC 6B, which represents Hill East and some of the surrounding area, has seen an overall decrease in crime within its borders so far this year, according to D.C. crime statistics. But armed robberies, assaults with guns, burglaries and car thefts are up.

Since April, shooters have fired guns in Hill East on at least four occasions. Most recently on May 7, two people were shot a block from the Stadium-Armory Metro station.

Suspected thieves also have been filmed around the neighborhood during the past couple months. Three of those individuals are suspected of attacking and robbing a man in the neighborhood last month.