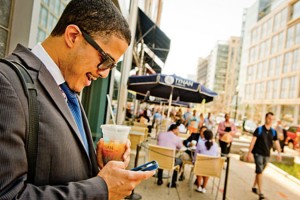 (Updated at 8:45 a.m. Friday) NoMa residents and visitors now have more places where they can tweet a selfie, or get some work done online, without using up their data plans.

Overall, the network provides free Wi-Fi for 20 blocks in NoMa in an area west of the train tracks and south of New York Avenue NE. The network ultimately will cover all of the neighborhood, according to NoMa BID plans.

Since the NoMa BID launched the network last year, it has hosted more than 15,000 unique visitors who log into “NoMa Connected,” with an average of 150 users per day, according to the community group.