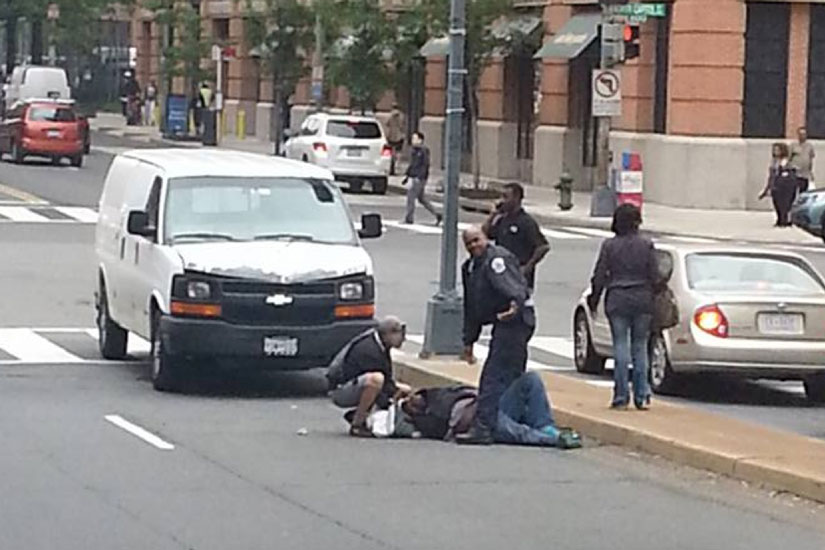 (Updated at 2:05 p.m.) A car struck a man near H and North Capitol streets NE this morning.

The pedestrian was hit about 11:30 a.m. only a couple blocks north of Union Station, police said. The man was conscious when police arrived.

He was hospitalized in critical condition, a D.C. fire department spokesman said.

A photo posted on Hill Now’s Facebook page shows a man lying in the eastbound land of H Street NE, a few feet from the crosswalk at North Capitol Street NE. A white van is stopped nearby.

The eastbound lane of H Street NE at North Capitol Street NE was closed temporarily to traffic, according to the District Department of Transportation.