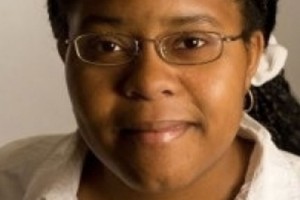 Members of the community will gather to honor the work of Capital Community News reporter Charnice Milton with a silent vigil tonight on Alabama Avenue SE.

Participants will hold hands and stand silent for 20 minutes in rings around copies of The Hill Rag and East of the River, which contain contributions from Milton.

People who wish to attend should come to the Washington Seniors Wellness Center at 3001 Alabama Avenue SE by 7:15 p.m.

Milton was shot and killed on the 2700 block of Good Hope Road SE May 28 while returning from a monthly meeting of the Eastern Market Community Advisory Committee. Officers responded to reports of gunshots to find her wounded. Emergency crews took Milton to the hospital, where she later died.

“Not only did they gun down a young woman, they also silenced a reporter,” Andrew Lightman, managing editor of Capital Community News, said in a statement. “I think it’s a real loss not only for her family but also the communities that she covered. She was one of a handful of reporters across the District who was looking at the nuts and bolts of everyday life.”

The Metropolitan Police Department still is searching for suspects and is offering a $25,000 reward for anyone who can provide information leading to an arrest. Those with information can call MPD at 202-727-9099.