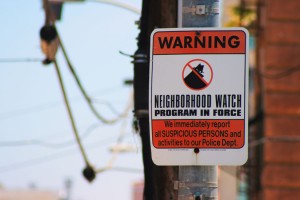 The Metropolitan Police Department is looking to help Capitol Hill-area residents prevent crime, as locals’ concerns about their safety mount.

Led by citywide Neighborhood Watch trainer Samantha Nolan, the session is intended to help “neighbors look out for each other’s safety, property and homes in a systematic and sustained way,” according to MPD’s website.

“Neighborhood Watch is described as ‘see it, say it,'” MPD First District Lt. James Dykes said in an email today. “Forming block groups who work together to end crime on the block by knowing each other and working together, but not walking the street, is how it works.”

The petition has garnered more than 335 backers so far.

“I want to arrive at a point where you all have a safe, sustainable and healthy community and neighborhood to live in,” Brown said at the community meeting Monday.