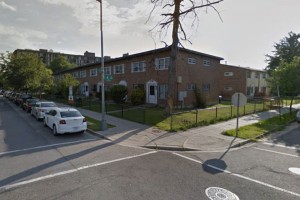 A man stabbed a woman near the Southwest Neighborhood Library this afternoon.

The stabbing happened about 2:15 p.m. on the 1000 block of 3rd Street SW, police said. Authorities described the attack as domestic violence.

The woman was conscious after the stabbing, police said.

Police are looking for a 5-foot-5 man with short hair, black jeans and a black shirt in connection with the stabbing.