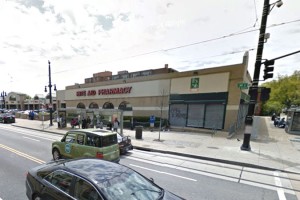 A man wielding a 16-ounce bottle and another man armed with a belt struck in separate attacks near the H Street corridor Friday.

The man with the bottle whacked another man during a verbal altercation on the 800 block of H Street NE about 2:45 p.m. Friday, police said.

The assault happened at a convenience store. But police didn’t identify the shop. The block includes a Rite Aid Pharmacy, among other stores.

The victim received minor injuries in the attack, police said.

The other attacker with the belt hit a man on the 1400 block of Maryland Avenue NE about 11:15 p.m. Friday, according to authorities. The assault occurred at a liquor store.

It wasn’t immediately clear if the victim was injured.

Samir Osman, 29, was arrested for assault with a dangerous weapon in connection with the attack. The arrest happened at 1447 Maryland Ave. NE, the address of New York Liquor Store.

In addition to the shooting Sunday on the Benning Road corridor, other reported crimes over the weekend included a violent robbery near the H Street corridor.

The robbery happened on the 300 block of I Street NE about 3 a.m. Sunday, police said. A thief, with about five other people, punched a woman in the face and fled with her purse, police said.