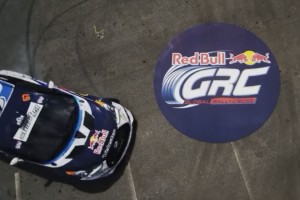 The revving of engines and the screeching of tires will return to the RFK Stadium grounds this summer, as race car drivers rip through the area for an annual rallycross.

The Red Bull Global Rallycross is slated to come back for its second annual race at RFK from Aug. 14 to 15.

The race will feature “600 horsepower cars tearing around a part tarmac, part dirt track, drifting around sharp turns and flying over a 70-foot jump,” according to race organizers.

“Washington, D.C., proved to be one of our most successful events during the 2014 season, and we’re incredibly excited about returning to the nation’s capital this year,” Red Bull Global Rallycross CEO Colin Dyne said in a statement. “Last year, in our first race ever in the city, we were able to set the attendance records for a standalone event, proof that the area is hungry for more racing action. We look forward to competing in such a fantastic city for years to come.”