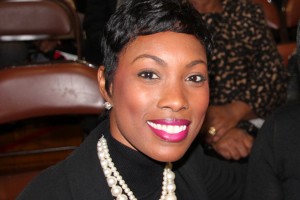 (Updated at 8:35 a.m. Friday) Peabody and Watkins elementary schools on Capitol Hill will have a new principal for the 2015-2016 school year.

She will succeed Dawn Clemens, who became principal of all three schools in 2011. Clemens will continue to serve as principal of the middle school.

“Ms. Bell is excited to meet all of you, and I hope you will give her your warm welcome and support as she leads your children toward success,” Henderson wrote in a letter to parents.

Bell has led John H. Vanderpoel Elementary School in Chicago since 2012. She also served as the resident principal of E. Dunne Technology Academy in Chicago and the Edward Devotion School in Brookline, Mass. She began her career in education as a second grade teacher in Atlanta.