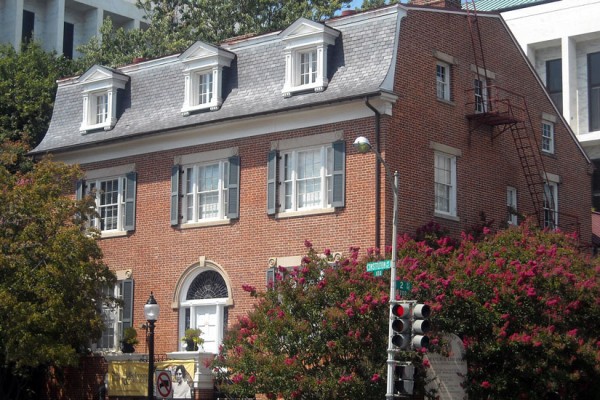 A historic home on Capitol Hill is one step closer to becoming part of the national park system.

The museum focused on women’s suffrage has an affiliation with the National Park Service. But it lacks the resources the agency provides to The Old Stone House in Georgetown, Arlington House at Arlington National Cemetery and other historic homes under its control.

The endorsement the National Park Service gave yesterday is “confirmation that this incredible story of women’s suffrage deserves a place in the national park system,” said Kristen Brengel, senior director of legislation and policy for the National Parks Conservation Association, which helps support U.S. national parks.

Neighboring the Senate Hart Office Building, the Sewall-Belmont House has served as the headquarters of the National Woman’s Party since 1929. The organization played a key role in securing the ratification of the 19th Amendment, which gave women the right to vote.

“I don’t think there is a strict timeline here,” Brengel said.