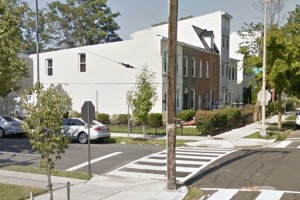 (Updated at 4 p.m.) Brutal thieves and would-be robbers have struck at least three times in the Capitol Hill area since Saturday.

A robbery and an attempted theft happened in Hill East. The other robbery occurred near NoMa.

In Hill East, two juveniles hit a man from behind and robbed him near the 100 block of 16th Street SE, police said. The incident happened about 7:30 p.m. Saturday.

Police have arrested two juveniles in connection with robbery, according to authorities.

Would-be thieves also tried to take a woman’s purse this morning in Hill East on the 1500 block of Pennsylvania Avenue SE, police said. The suspects struggled with the woman about 7:30 a.m., before they fled.

Police are looking for three women and two men in connection with the attempted robbery. All of the individuals were dressed in black clothing, according to authorities.

Near NoMa, three thieves robbed someone on the unit block of K Street NW, police said. The robbery happened about 4:30 a.m. Saturday.