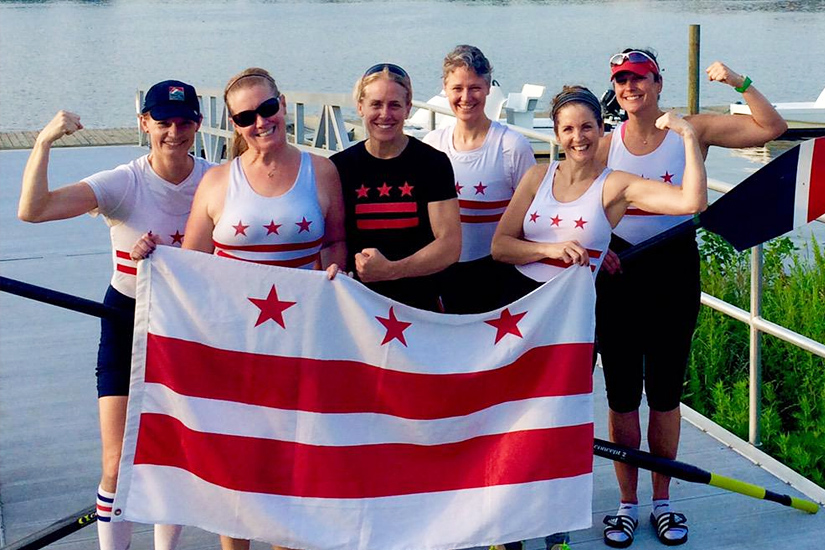 Most people only fly the flag with 50 stars on Flag Day, but some Capitol Hill residents chose to show their D.C. pride by putting their three-star flags on display.

Contest winners from Capitol Hill are:

Neighbors United for D.C. Statehood is a grassroots advocacy group dedicated to achieving statehood for the District.

“Our goal is to one day celebrate Flag Day by hoisting a 51 star U.S. flag that includes the District of Columbia as a full in equal member as one of the United States of America,” Neighbors United advocate Josh Burch says on the organization’s site.

Recently, Councilman Charles Allen of Ward 6 proposed legislation that would allow anyone to purchase a D.C. flag that was used at the Wilson Building. The flag would come with a certificate of authenticity and a request to make a donation to the D.C. Statehood Delegation Fund.

“Flags are symbols,” Allen said. “The D.C. flag, to me, symbolizes pride in the place I live and also the injustice that is a lack of representation.”