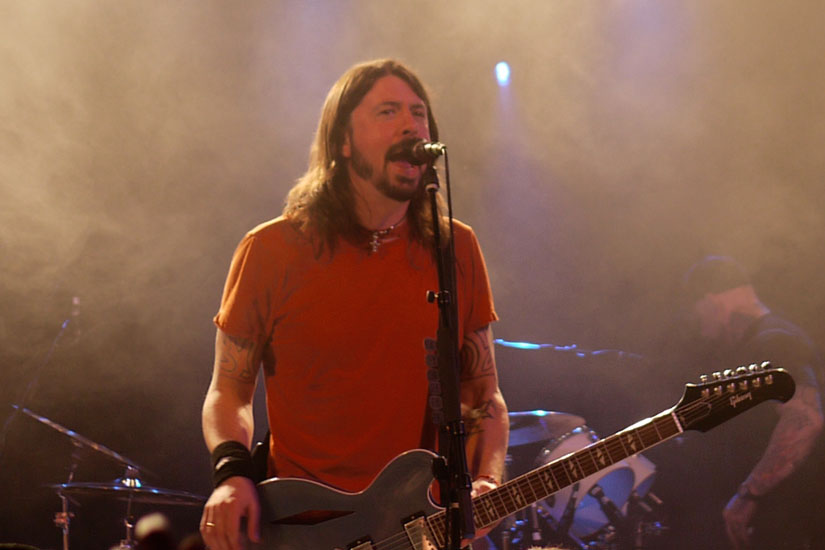 A concert that is expected to draw tens of thousands of people to RFK Stadium on July 4 isn’t the top priority of police, who will focus their attention on Independence Day festivities elsewhere, a Metropolitan Police Department officer said last night.

Officer Darrell Davis of the MPD Special Operations Division told Hill East residents at a community meeting that police will have a “presence” around the stadium for the concert, which will feature the Foo Fighters. But he didn’t provide information on the number of officers assigned to work near RFK for the show.

The show, which celebrates the rock band’s 20th anniversary, could draw as many as 50,000 people, while 500,000 people are expected to descend on the National Mall for a concert and fireworks display. Neighborhood leaders last week sent a letter to the District’s events authority, Events DC, asking how police would handle the crowds at RFK.

Although Davis didn’t say how many officers would be on duty near RFK, he noted that MPD had used 65 officers to handle 56,000 people who attended Redskins games at the stadium.

“I’m not going to sugarcoat it here; The majority of our focus will be downtown,” he said.

Inside RFK, Events DC plans to have more than 600 people handling security.

Aside from security, Events DC officials also said they’re working with the D.C. Department of Public Works and the Washington Metropolitan Area Transit Authority to try to make Hill East parking as easy as possible for locals and to ease at least some of the congestion at the Stadium-Armory Metro station.

DPW will deploy 10 officers to enforce parking regulations during the concert, a representative of the agency said. Concertgoers also will be encouraged to use both entrances of the Stadium-Armory Metro station, Events DC officials said.

As for trash from the concert in the neighborhood, Events DC representatives said they will have people around RFK ready to pick up garbage during and after the show. Events DC also will have floodlights and about seven portable toilets on 19th Street SE near the Metro station to discourage public urination.

The gates at RFK will open for the concert at noon on July 4. The show is expected to end at 11:45 p.m., after a fireworks display.