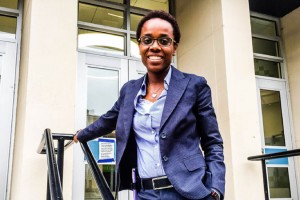 (Updated at 3:40 p.m. Tuesday) The principal of Payne Elementary School is stepping down despite a campaign by parents to keep her at the helm of the Hill East school.

Vielka Scott-Marcus is slated to leave her job as principal this summer on her own accord, said Payne parents, who met with her and D.C. Public Schools Chancellor Kaya Henderson Friday. Walter Pennington, one of the parents at the meeting, started a petition earlier this month to keep her at the 1445 C St. SE school, fearing the decision to leave was not her own.

In a letter to parents Friday, Scott-Marcus said she will help ensure a smooth transition to the next principal, whom Henderson has yet to name.

“Payne’s current and future students will continue to be embraced not only by the staff of Payne but ultimately its leadership,” she said. “I will continue to honor the community and the established relationships as my dedication remains to the children of the District of Columbia.”

Scott-Marcus added in an email that her “next steps are uncertain” after she leaves Payne.

At the meeting last week, she indicated to parents that she wanted to “continue on a journey of personal and professional growth,” according to an email update from parents. The DCPS chancellor also said she was open to having Scott-Marcus at the head of Payne, if the principal wanted the job.

“As much as it pains us to do so, we must respectfully recommend to the Payne community at this time that we cease calling for Principal Scott-Marcus to be reinstated, wish her all the best in her future endeavors and begin to move forward — with DCPS — in the search for a new champion for Payne,” the email update from parents said. “We hope that process can be as inclusive and transparent as possible, and we will work with DCPS to determine the most effective means for DCPS to engage directly with the larger community regarding next steps.”